An outsider looking at Jan Cannon’s career might see several distinct segments, but Cannon believes there is a thread that ties them all together. He initially worked in film before moving on to pottery. From there, he returned to the video camera as the creative force behind films focusing on sustainability. But these days he spends more time with his still camera, photographing the natural world just outside his Charlotte home. 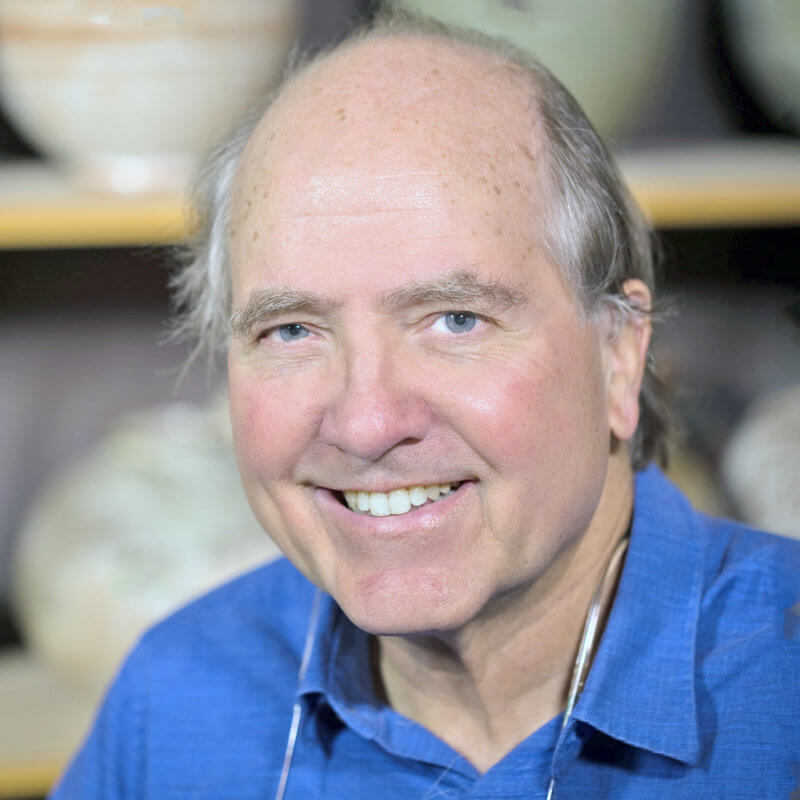 In the initial phase of his career, Cannon was based in South Florida, shooting and editing a few feature films, as well as doing commercials and documentary films. “I did a little bit of everything,” Cannon recalled. “It was a very informal group, and it was a really great time in my life.” In 1981, Cannon moved to Boston where he worked for a film company before becoming an editor at WGBH. “Prior to leaving that job I got interested in bonsai,” he said. “So I wanted to make pots for my plants.” Soon, pottery took over as Cannon’s primary artistic expression and he fell in love with clay. While his wife, Lee McIsaac, completed her Ph.D. at Yale, Cannon became an artist in residence at the school and then taught at other locations in New Haven. When McIsaac was hired to teach Chinese history at UVM, Cannon established his Charlotte studio.

“I consider filmmaking and pottery to be the same thing but with a different medium,” Cannon said. “I think I’m a much better filmmaker and photographer for having been a potter. That gave me a different sensitivity in moving the camera. I have a more sensitive touch than I might have had otherwise from having done clay, which is a very responsive media.”

After two decades as a potter, Cannon decided to pivot back to films. “I had said a lot of what I wanted to say through clay,” he said. “It wasn’t as driving or compelling as it had been.” Cannon’s new focus became working on sustainability issues. His first film, Radically Simple, was about Jim Merkel who wrote a book called Radical Simplicity. Cannon also filmed Bill McKibben’s walk from Ripton to Burlington and made movies about folk artist William Accorsi, beekeeper Todd Hardie, and Hinesburg nature writer and educator Bernd Heinrich.

Although Cannon thoroughly enjoyed filmmaking, he has put it aside because of the economics. “You commit a year to doing something,” he said, “and you don’t make any money.” Although he is occasionally hired to do camera work, he has mostly put down the video camera in favor of still photos. “The image is everything to me,” he said. “Making a film is just a reason to put images together.”

Nature has been a central theme in Cannon’s work, and he combines macro photography work, often of spring ephemerals, with wider vistas. “We don’t live in this epic Montana open sky country with broad contours,” he said. “Here we are constrained by the trees and forests that don’t give us the large swaths of light. There’s a discipline in confining myself to the woods by my house. Still photography is just the beauty of the place where we live.” Cannon said he works intuitively. “Beauty is the great motivation,” he said. “I’m trying to experience and realize beauty and be a channel for the expression of it.”

COVID meant that Cannon’s daughter, Jordan, a second year Ph.D. student at Harvard, spent two years studying from home. She gently chided her father about the work that would be involved in cleaning up his estate if something happened to him, so he allowed her to set up an Etsy page. “She’s very organized and verbal and does the things I don’t care to do,” Cannon said. “But thanks to her I got to organize my pottery.” Some of Cannon’s work had already been purchased by private collectors and displayed at the British Museum and the Crocker Art Museum in California, but this is giving him the opportunity to reach a wider audience.

“The pottery was totally out of my mind,” he said. “It’s neat to revisit it, and I’m enjoying sharing it because it does no good sitting in the top of my barn.” Cannon relishes the opportunity to entertain visitors to his studio. In addition to periodic open studio dates, he takes visitors by appointment and is more than willing to welcome those who drop by if he is there. “I love to share my work with people,” he said.